Posted on March 26, 2021 by mkchatinjapanese

Some parts of Japan, Cheery blossom has bloomed already. Today, I will introduce one of the children’s songs I used to enjoy very much at this time of the year.

「さくら、さくら」is a Japanese traditional song. It was made at Edo era for the purpose of koto [こと], a Japanese plucked half-tube zither instrument, practice for children in Edo (currently Tokyo). Its composer was not yet known. 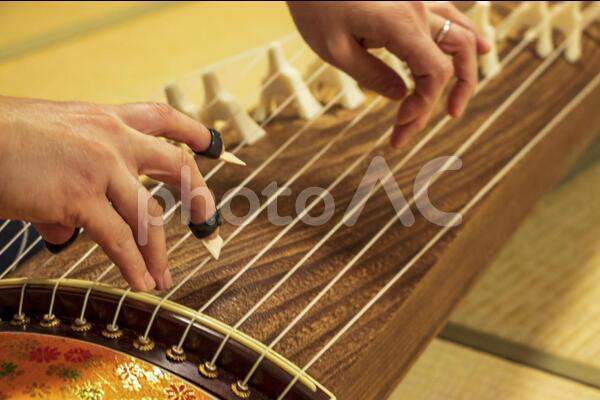 There are two lyrics . The first one is on the youtube video. Apparently the second lyrics was modified at the year 16th in Showa era. As we all know languages keep on changing. Time to time its revision may be necessary.

I have translated it’s lyrics below. In classic literature, the meaning of words are very much difficult to understand. I have checked some meaning of words. For example, [yayoi no sora], Sara (sky), in this case, looks like representing {the distance, the view, the scenery. In the second lyric the word {asahi} was used, usually [asashi] is sunrise but according to the source I have read, it implies [japan] and [niou] implies [shine/beautiful]. Some might translate differently.

Hope you will enjoy this song and be able to learn some Japanese words! Please let me know if you enjoyed it or not!

An extra bit for anime lovers.

When I listened to this song at first time,  ｍy eyes were unknowingly filled with tears.  He sings so beautifully and its lyric matches with the animation from 5 centimetres per second.

I am a native Japanese who teaches Japanese to non-Japanese speaker as a private tutor. Teach from a beginner to Intermediate level. location in London.
View all posts by mkchatinjapanese →
This entry was posted in JAPANESE KID'S SONGS, Japanese Language. Bookmark the permalink.